Does the Nifty performance correlate to the INR-USD movement? 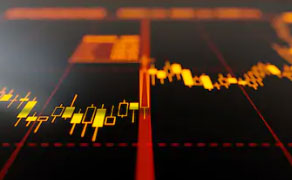 Over the past decade, we have seen the INR value versus the dollar and the Nifty moving in tandem on many occasions. Take the case of 2008 when the INR crashed from 42/$ to 50/$ even as the Nifty and the Sensex fell vertically. Then again in 2013 when the US Fed first hinted at a tapering of its bond portfolio, the INR literally crashed from a level of 53/$ to around 68/$ in a span of a few days. This period was also marked by a sharp correction in the Nifty and the Sensex. To get a better picture of the phenomenon, we have plotted the USD/INR exchange rate with the movement of the Sensex over the last five years. So what exactly can we infer from the chart below? If one looks at the last five years performance, the connection between the exchange rate and the Nifty has not been too clear. During the five year period, the INR has depreciated by about (-13.5%) but during the same period the Nifty gave a positive return of over 89%. This huge divergence obviously raises some serious questions over whether there is any relationship between the INR strength and the Nifty returns over the longer term. Why do the currency and INR/USD equation appear to diverge in the long term? As we said earlier, we are being largely intuitive but the message seems to be that the Nifty is not overly dependent on the INR/USD currency over the longer term. Here are 3 key reasons why the currency and the Nifty have diverged over a five year period. If you look at the weightage of the Nifty, the biggest weightage belongs to banking, which is not exactly impacted by the INR/USD movements in a big way. Among the key sectors there are heavy weights like Information Technology and pharma as well as small sectors like auto ancillaries that actually benefit from a weak rupee. These 3 sectors are export-driven sectors and exports tend to benefit from a weak rupee. That is because a weak rupee makes the Indian products cheaper for the foreign customer as they can buy more with the same amount of dollars. There are other sectors like oil, capital goods, autos and metals that benefit from a strong rupee. But the bottom-line is that there are enough companies in the Nifty that benefit from a strong rupee as also from a weak rupee. The linkage between the INR/USD equations was brought out by the FII activity in equity markets. FII activity impacts the equity market and the currency market and that used to be the link. But two subtle shifts have happened in the last few years. Firstly, with the government permitting FIIs to invest in sovereign and corporate debt in a big way, many FIIs prefer to take the debt route while underplaying the equity route. The demand for Indian debt is driven by the yield spread between the US benchmark and the Indian benchmark. Secondly, domestic mutual funds investment have become a potent force and have been infusing over $10 billion into equities each year. This has also weakened the relationship between the Nifty and the INR/USD movement. Lastly, India has managed to put its macros in order through a fiscal discipline focus under the current government. As a result, FDI inflows have picked up sharply and today India attracts more FDI annually than China. Therefore, India’s USD/INR is not overly dependent on the FII flows alone, which has reduced the correlation between the currency and the Nifty. But the short term convergence is still evident If one were to intuitively look at the relationship between the Nifty and the INR/USD over a shorter period, the relationship appears to be quite strong around pivots. As mentioned earlier, around pivot points markets are driven more by sentiments and short term data rather than long term valuation measures. Hence the correlation between the INR/USD and the Nifty becomes more pronounced. We have seen that in 2008 and again in 2013, when on the downside there was a clear correlation between the fall in the rupee and the fall in the Nifty. Post 2016, it has worked on the positive with a strong rupee accompanying a robust Nifty index. What explains the causality? This is more due to the vicious / virtuous cycle impact. For example, when the FIIs sell aggressively, the impact shows quiet clearly on the Nifty values. At the same time FIIs are also converting their INR into dollars which increases the demand for the dollar. That is when the spiral effect takes off. The action of FIIs forces banks, importers and FCNR borrowers to also run for cover. That is how a vicious cycle gets into place. This takes time to stabilize and during this phase, we can see a positive correlation between the INR/USD and the Nifty. The crux of the story is that over the long run the Nifty is driven more by structural and fundamental factors. But in the short term, the INR and the Nifty do tend to correlate positively. That is the distinction that one needs to apprehend!