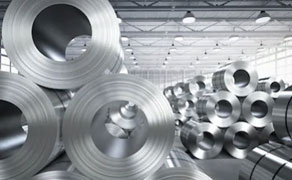 Industrial metals comprise of copper, zinc, aluminium and steel as well as other metal items with industrial applications. Industrial metals have major application in industries like construction, white goods, automobiles, electrical equipment, aviation, heavy machinery etc. The prices of these metals are largely driven by global factors and it is normally the price on the London Metals Exchange (LME) that determines the domestic prices. Broadly, there are a few key data points that make an impact on the price of these industrial metals..

2.  Government policies
Government policies with respect to the import, export and duty structure of these metal has an impact on the prices. For example, when China was encouraging producers of steel to dump steel at lower prices in other markets, it was largely aided by government subsidies on steel. When India imposed import quotas and minimum import price (MIP) restrictions on steel, there was a sharp increase in the price of steel domestically.

4.  Corporate tax rates
Corporate tax rate cuts can have a major multiplier effect on metal prices. Apart from infrastructure investments, another important promise made by Trump in his election campaign was with respect to cutting corporate taxes. US corporate taxes are among the highest in the world and that has led to a lot of US corporate parking their foreign earnings abroad to avoid the prohibitive levels of tax in the US. A sharp cut in corporate tax rates will have two important implications. Firstly, it will leave more resources available with the companies to reinvest, which could trigger a demand cycle for industrial metals. Secondly, as more money comes back to the US due to lower tax rates, that could also trigger a spurt in demand for these industrial metals on the back of greater investments.

5.  Demand shifts in market profiles
This is quite a unique factor that leads to shifts in trends. Take the case of a bigger focus on environmentally friendly vehicles. For example, the conventional internal combustion engine requires around 20 KG of copper. Hybrid cars will, on the other hand, require nearly 40 KG of copper while electric cars require as high as 80 KG of copper in their engines. That means as the world shifts more towards environment friendly cars, the demand for copper could go up manifold and could be a game-changer for copper demand. Such trends shifts can have a major impact on prices of industrial metals.

The price of industrial metals is influenced by a plethora of factors including domestic and global factors. But a turnaround in infrastructure investment is, probably, the one factor that can make a substantial difference.