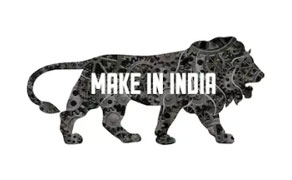 Modi introduced the Make in India plan, the moment he had assumed his office as the Prime Minister of India. The initiative was planned on the 25th of September 2014. The Make in India plan aims at encouraging Multi-National as well as desi companies to manufacture products and services in India. This move helped India to help itself emerge as a supernatural power in earning the highest amount of FDI all over the world. It emerged as the top destination for FDI (Foreign Direct Investment), surpassing even the United States of America and the People’s Republic of China. India had received an FDI totaling US$ 63 billion just in the form of FDI.

The PM after initiating this particular plan of boosting the growth of industries across the economy still banged the biggest noise in the economy with the current demonetization move. Little did we know that we are going to face one of the biggest pinnacles as far as handling cash was concerned, as 500 rupee and 1000 rupee notes became worthless pieces of paper on the 9th of November 2016. The demonetized notes were largely responsible for carrying out almost 85% of cash transactions across the country.

On a broader perspective, all of us are solely concerned about why Modi planned this move all of a sudden. The level of secrecy involved in planning the operations threw the entire nation by a surprise. These are important pointers you need to keep a track of:

Putting a full stop to the black money menace and cross-border terrorism
The demonetization impact is likely to subside in the months to come. But the PM wanted to initiate this plan with a broader aim in mind. He wanted to attack the black money market comprising of counterfeit notes. Moreover, quite a lot of 500 and 1000 rupee notes tendered by the RBI (Reserve Bank of India) were utilized by gunmen and terrorists to buy weapons, arms, and ammunition. Modi wanted to teach these people a very good lesson.

Industrial growth and boosting up of the economy
The demonetization impact is a very good measure to boost up the economy in the longer run. Now, as cash is unavailable, more and more monetary transactions will take place online. By this particular move, we can attract more foreign investments from abroad or developed economies. This can lead to a very great boost up of the economy and can promote the growth of industries across sectors. More and more of NRI’s can thus operate their business operations on the Indian soil.

Demonetization makes India from a less-cash society to an entirely cashless society
Handling cash is always a legal responsibility for which the Govt. is liable. That is probably the main reason why advanced or rather developed economies of US, UK, and Australia have switched over to a complete cashless economy.

It is the plastic money that is accepted by local taxi or cab drivers, departmental stores, grocery stores, bouquet outlets and gift showrooms. Modi wants to bring about a similar kind of set up in India as well. As a part of his popular ‘Make in India campaign, he wants to educate the rural population to use credit card swipe machines and to accept all forms of payments online. It is with this motive in mind, Modi demonetized the higher denomination notes, off the society.

Educational system of India to undergo a radical change
Modi’s Make in India campaign is also aimed at bringing about radical and drastic changes in the educational set up across the nation. With the current demonetization move, quite a lot of schools have started accepting fee payments online. You can also order for books, notebooks, water bottles, stationary and other supplies online.

You can enroll in courses online. There will be a better degree of transparency when you take up examinations online over University conducted exams. There is absolutely no scope for bias when the online interface grades your answer sheets.

This way the Make in India and demonetization impact put together can bring forward a lot of positive changes for the economy. The campaign is likely to touch upon all spheres of life. You will realize that the sunshine time is not far ahead!