Monsoon forecasts and why it is so crucial for Indian economy 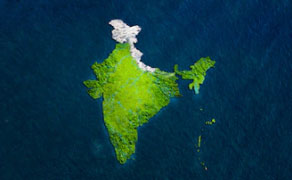 Each year the monsoon forecast becomes a critical input for commodity and equity markets. The private sector SKYMET and the government owned IMD both put out their estimates for monsoon each year. Typically, monsoon forecasts are always made with respect to the Long Period Average (LPA). Thus a 110% monsoon implies a 10% higher than average rainfall for the year while a 92% monsoon implies an 8% rainfall deficit during the year. Normally, a deficit of over 8-10% over the LPA is classified as a drought year. In India we saw drought years n 2009 and then again in 2014 and 2015. Year 2016 was a normal year with the actual rainfall very close to the LPA.

But, there are some key concerns for the year 2017. The El Nino effect is likely to be back this year. El Nino is a kind of hot current in the seas which makes the sea water warmer and creates currents which makes parts of the world (like India)much hotter in summers. As a result, due to low precipitation, the rainfall during that year tends to be below average. For the year 2017, while SKYMET had predicted a deficit of 5-6% over the LPA, the IMD has estimated the rainfall to be normal in line with LPA. The key question is; why are monsoons so critical for the economy and for commodity markets?

How monsoon impacts the Indian economy ?
The impact on the Indian economy is more indirect. It has been historically seen that a rainfall deficiency of over 8-10% from the LPA leads to serious fall in production of cereals and pulses. That obviously leads to higher food inflation due to lower supply. Food inflation accounts for nearly 48% of overall Consumer Price Index (CPI), which represents retail inflation. Hence CPI inflation typically tends to go up in years of deficient rainfall. This trend was evident in the years 2015 and 2016 when the deficient rainfall spurred inflation. Higher inflation will mean that the RBI will be less inclined to cut interest rates. Rate cuts normally tend to be value accretive for equity and debt investments.

Deficient monsoon also impacts demand in the economy, especially demand emanating from the rural and semi-urban centres. While the share of agriculture is substantially lower than industry and services, it is agriculture that still accounts for a bulk of the primary and secondary employment in India. Entry level products like two-wheelers, food items, FMCG products, entry level cars, agricultural inputs etc face a shortage of demand due to reduced income levels and lower spending power in the rural and semi-urban areas.

How monsoon impacts the commodity prices?
It has been observed that during drought years (when rainfall is below 90% of LPA), the prices of cereals like rice and wheat, pulses and oilseeds tend to move up sharply. Vegetables and fruits are, by default, perishable products and hence the impact of weak monsoon may not be directly felt. In cases of cereals, pulses and oilseeds, the impact of deficient monsoon on production has been in the range of -5% to -16% during the drought yeas of 2009, 2015 and 2016. For commodity futures traders, this may be an opportunity to go long on select commodity futures where such shortage is likely to manifest. However, year 2017 is slightly different. The government has already built up a sizable buffer of cereals and pulses and hence the impact of drought may be much lower. In addition, India still relies heavily on imports when it comes to oilseeds and the economics of these commodities may not be too dependent on the monsoons.

Does deficient rainfall also impact the demand for gold? Interestingly, there has been a fall in gold demand from households during drought years. This trend is more visible in the rural and semi-urban areas where income and savings levels are largely dependent on the ability of the farmer to exceed output expectations. When market prices of agricultural products go up, it is the middlemen and traders who benefit. Unless the MSP changes farmers tend to lose out in a year of slack production. That is the reason gold, the preferred saving instrument in rural and semi-urban areas, tends to lose out when the rainfall is deficient.

Some key trends to watch out for..

There is an increasing shift that is happening in India from Kharif Crops to Rabi Crops. Kharif, which used to account for 66% of agricultural production in the 1950s just about accounts for 48% today as per a recent IMF study. Since Rabi crops are sown in winter and harvested in spring, they are not vulnerable to the El Nino effect or the impact of monsoons.

The area under irrigation in India has grown four-fold between 1950 and 2010 from 22 million hectares to 87 million hectares. This has largely reduced their dependence on the monsoon. Additionally, due to better agri-yield and better climate warning conditions, farmers are able to switch cropping mix at short notice.

While monsoons are outside the control of the government, the government has been quietly working on a host of enabling factors. Firstly, there has been a positive revision in MSP upwards for most agricultural products in the last few years. This has incentivized farmers to produce more and help the government create buffer stocks. Secondly, the government is investing heavily in distribution of food-grains and creating post-harvest infrastructure to reduce wastage of output.

While these will go a long way in mitigating the risk of poor monsoons, the impact continues to linger on.