What is stock split? 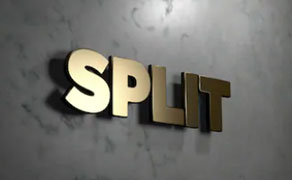 Every investor has his eyes set on the stock market for shares that can fetch him good returns. But there are times when the shares of a much sought-after company may not be available for investors to invest in. The reason: the steep price of the share. It is during these times that companies decide to split their share.

Stock split, as the name suggests, is the reduction in the face value of a stock and thereby a corresponding increase in the number of outstanding shares. The prime intention of a stock split is to improve the liquidity in the stock, and thereby make it more affordable for investors. Companies resort to stock split when they realise that the price of their shares are either too steep or are beyond the price levels of peer companies.

For eg, if a company goes for a 1:10 stock split, a stock with face value of INR 100 is divided into 10 shares with a face value of INR 10 each. However, note that the share capital of the company doesn’t change. This means that stock split is nothing but a cosmetic phenomenon, and so the announcement of a stock split doesn’t hold any information that will affect stock price in a way that leads to unheard of positive returns. And even if there is any information content associated with announcement, it is most likely to be reflected in the form of abnormal returns on the day of announcement, which is called the record date.

There are hypothesis on why companies announce stock split:

Signaling hypothesis: stock split is an indicator of the future growth of the company. This is because, from empirical studies of stock split in developed economies, the event is usually followed by abnormal returns on the day of announcement. However, explaining validity of this hypothesis has always been a challenge.

Optimal trading range hypothesis: every stock market has a popular trading range for stocks. As mentioned before, stock splits are announced to bring the stock price back to the normal trading range, thereby making it possible for more investors to buy shares. However, the relevance of this hypothesis has come down significantly in Indian markets in the last decade.

Liquidity hypothesis: according to this hypothesis, the intent behind brining the stock price back to the popular trading range is to improve liquidity, resulting in wealth gains for investors. But then again, there are studies that also point to reduction in liquidity rather than increase.

Small or neglected firms hypothesis: the phenomenon is a way of catching attention of the market by a company that feels it has been undervalued in the market due to lack of interest shown by market participants. Thus, companies use stock split to garner attention and ensure that information about the company is available to a larger number of investors. This is more relevant for small companies than large companies.

It seems that a stock split may not result in benefits for investors who bought the split share at lower price. However, one of the possible reasons for increase in the share price, if it happens, is that a stock split signals to the market that the company’s share price has been moving up-north prior to the split and investors assume that the growth will continue in the future.

Popular studies point to the fact that there has been a negative wealth effect on stock split announcement using data after 1999, thus rejecting the signaling hypothesis. Having said that, an analysis of the top 30 companies between the period 2001 and 2010 revealed that exactly half of the stock splits gave positive return during the one year period from the date of the event. However, the rest of the stocks gave negative returns. Another report rejects trading range hypothesis as majority of the stock splits are announced in stocks which were trading at a low price already.

Thus, as observed by market experts, the price performance of the share post stock split depends on market conditions and fundamentals of the company. So ensure that you strictly keep the above two parameters in mind before investing in a share post stock split. It is needless to say that the market’s sentiments towards stock split will always be a mixed one. And yeah, one more thing, don’t mistake a bonus with stock split. Distribution of bonus shares only changes its issued share capital whereas stock split splits the company's authorised share capital.