Telecom Revolution in India and its Impact on Your Portfolio 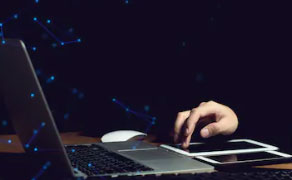 India has been experiencing a phenomenal growth in the telecom industry with cheapest 4G rates. Especially with the launch of Reliance Jio and Idea internet, quite a lot of rural areas are learning how to access internet. It was the chairman of Reliance Inc., Mukesh Ambani who had inaugurated the Reliance Jio Sim card. In the all new Reliance Jio, one gets a package of complete internet, roaming calls and outgoing calls absolutely free. You would be getting the offer for three whole months. Mukesh Ambani has also proposed a 12 month scheme for Jio-SIM users. However it is still in the pipeline.
We are going to have a look at some of the salient features pertaining to the revamped telecom industry.

A promising growth for the telecom industry
As Reliance Jio would be offering its customers with free internet, free national roaming and free outgoing calls for three complete months, the strategy promises to transform the Indian telecom industry altogether. As the ultimate effect to your portfolio, this is what is offered to you in a nutshell. You get a wide range of entertainment options under the theme of convergence. 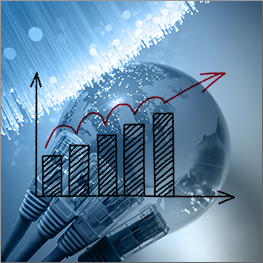 Impact on the stock markets
With newer schemes introduced by telecom companies like Reliance, the other telecom stocks are losing out especially in the equities market. With the launch of the Jio scheme, other telecom companies like #1 Market Leader Bharti Airtel, third ranked Idea cellular and Reliance Communications fell by 6.4%, 10.5% and 8.8%  respectively, at the Bombay Stock Exchange or BSE. The launch of the new scheme therefore wiped out 13,000 crores worth investor wealth off the markets, while Mr. Mukesh Ambani marched forward with his all new Jio scheme. There is a potential threat on the aforesaid companies, that they either have to innovate their existing cell phone schemes matching the Jio else lose out to competition.

3 in one deal
As a Reliance Jio SIM holder, you are assured of free internet, free national roaming and free outgoing calls. It is a 3 in 1 bundled package for three months, that compares with nearly 275 million users of market leader, Bharti Airtel. All users can switch over to the Jio scheme, post September 5. This is using Mobile Number Portability or MNP.

The flip side of innovative schemes brought about in the Indian telecom industry
As we are discussing the salient features of the revamped telecom industry, we also have to mention about its flip side. GSM industry body’s Cellular Association of India (CAOI), feels that the all new scheme promising cheapest 4G rates are not all that worth considering. As claim of free calls can affect service quality and the scheme doesn’t find too many users switching over to the same, the Director General of CAIO Mr. Rajan Matthews affirmed that claim of free calls is not absolutely correct, as tariffs bundle data and voice. The predicament was however denied by the Reliance Group of Industries.

Virtual Network Operators or VNO’s
This is yet another value addition to the revamped telecom industry. Indian cellular companies introduced the concept of Virtual Network Operators or VNO’s. The providers of VNO operate in a very different way, from the usual set of operators. Instead of building expensive networks, the operator can simply pay back and partner an existing mobile network operator.

This way, they can piggyback on that network and resell it under their own brand. The opportunity for VNO can open up the vistas for start-up entrepreneurs or companies with a huge consumer base. Say like a mutual fund company. E-Commerce firms or retail chains can also immensely be benefited with the novel concept. They could hence use telecom networks to promote mobile, fixed line or internet services.Some of the important features of the revamped telecom industry have therefore been discussed.