What do we understand by mis-selling of ULIPs? 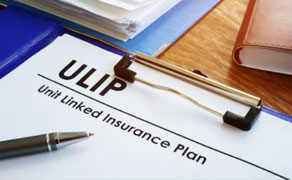 Every since the Insurance Regulatory and Development Authority (IRDA) was set up in India, one of their primary goals has been to stop the mis-selling of the Unit Linked Insurance Plans (ULIP). The ULIP is a combination of insurance and investment where the individual can make a choice of the risk that they want to take on their investments. The ULIP also provides a term insurance cover that is built into the ULIP and for that there is a separate loading that is done to the fund. So, what do we understand by mis-selling of ULIPs in the context of investors? Why is mis-selling of insurance policies in India so rampant? Let us understand ULIPs as a source of mis-selling in insurance and how to prevent it in India?

Understanding mis-selling of ULIPs in India..

ULIPs were sold as an alternative to mutual funds. That is the primary method of mis-selling. When you sell ULIPs as mutual funds, then people tend to believe that the returns on a ULIP can happen as fast as in mutual funds. For example in good markets, an equity fund can give you reasonably good returns at the end of 3 years. But for a ULIP to be really profitable it takes a minimum of 7-8 years. That too is the case only when markets have been in positive mode. If markets are in negative mode then it can take much longer than that. For example, if someone had started a ULIP at the bottom of the market correction in March 2009, it would have taken them at least 5 years to just break even. That is the difference.

There is a mis-selling on the aspect of liquidity of ULIPs. There are two aspects to this. Firstly, ULIPs have a lock-in period of 5 years as against the lock-in of just 3 years in the past. You cannot withdraw your ULIP amount before the completion of 5 years. Mutual funds, on the other hand, are redeemable from the date of unit allotment itself. Even ELSS schemes have a lock-in period of only 3 years. The second aspect is of perception. During the period between 2003 and 2006, many ULIPs gave attractive returns to investors. This helped many investors to redeem their units at a profit at the end of 3 years. During that period many ULIPs were mis-sold to investors as attractive medium term investment products.

ULIPs were sold as one-time investment products. This is a common form of mis-selling in semi-urban and even in urban areas. Recently, some of the banks with insurance arms had indulged in this kind if mis-selling as part of their bancassurance model. Many depositors who had asked for a one time investment in ELSS funds to save tax were shocked to find their accounts debited in the next year also as it was a ULIP that was actually sold to them. The ULIP was sold as a mutual fund with an insurance cover attached in this case.

Promise of higher returns on ULIPs is another instance of mis-selling. Many ULIP investors have complained to the ombudsman that the ULIP was sold to them as an assured high return product. It is only when they started looking at the ULIP NAV that they realized that since the funds were invested in equities, the NAVs were likely to fluctuate with the vagaries of the market.

Lack of transparency with respect to loading is another major mis-selling of ULIPs. Most ULIP salespersons do not disclose that the loading in ULIPs is much higher than in case of mutual funds. In case of funds, the typical expense ratio is around 2% for equity funds. In case of ULIPs, the loading is 60% for a 20 year ULIP which implies 3% annualized loading. Ironically, even at this level of loading, nobody is willing to sell ULIPs because the loading used to be above 5% before IRDA regulated loading on ULIPs.

Why is mis-selling so rampant in the case of ULIPs?

Mis-selling in ULIPs arises primarily for 3 reasons. Firstly, most sales personnel are neither trained nor equipped to handle complex financial products like ULIPs. Most of them have been selling plain vanilla products and are unable to understand and advice on the product fit of ULIPs. Secondly, banks are now permitted to sell insurance under the Open Architecture model wherein they can service 3-4 insurance principals at the same time. This creates pressure in terms of competition and sales targets leading to such mis-selling. Thirdly, the lack of proper investor education by insurance companies is also part of the reason.

ULIPs are not bad products. They are just good products that have been sold badly. With equity funds being subjected to 10% tax on LTCG, the door is again open for ULIPs to make an entry. Of course, the challenge is to prevent ULIPs from being mis-sold.