What should you read in an IPO prospectus? 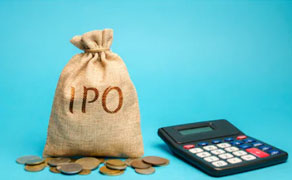 It would not be entirely wrong to say that the IPO mania appears to be back in the Indian equity markets after a very long time. If you leave aside the government divestment program, the IPO market raised nearly $2 billion in the fiscal year 2016-17 and is expected to raise nearly $5 billion in the current financial year. Many retail investors have been getting allotment under the new allotment rules and also getting a good exit at profitable levels on listing.
However, it is equally important for investors in IPOs to ensure that they make an informed decision with respect to IPO investment. Every IPO is accompanied by a prospectus. While it is a comprehensive and bulky document, there are 5 broad areas that you need to read in the prospectus before investing in the IPO. Here is how to go about reading the fine print of the prospectus..

Understand the industry in which the company operates
This is the starting point when it comes to reading the IPO prospectus. As Peter Lynch said, “Behind every stock there is a business. Try understanding what the business is all about.” That equally applies in case of IPOs too. Check out the competitive landscape in which the company is operating and if the company has managed to create unique strengths or entry barriers to fresh competition. Also check if there are any likely disruptions to the industry that are likely from emerging business models. For example, traditional cars are facing completion from electric cars and hotels are facing competition from aggregators like OYO and AirBnB. These are emerging risks that could have a substantial impact on the value of the business.

Take a quick look at the financials and the valuations
Let us focus on financials first. If an IPO is from a company with a long track record then the financial track record is quite revealing. Check out the company’s capital base pre-IPO and post-IPO. From a wealth creation point of view, you should avoid companies that are likely to end up with huge capital bases as they tend to lose out on valuation traction. Also check the debt levels of the company and avoid IPOs that tend to suck liquidity and entail high levels of debt. Lastly, look at the valuations in terms of P/E ratio and the P/BV ratio. Of course, most companies tend to rethink their business models post the IPO but be wary of extremely ambitious valuations.

How are the IPO funds going to be used?
This is an acid test of an IPO. Typically, IPOs are raised for a variety of reasons. The most common reason for an IPO is for investment in plant and machinery. That is understandable depending on the ROE that the company has been generating. Then there are companies that use IPO proceeds to defray their high cost of debt. This is good as long as the company can reduce overall cost of borrowing. Replacing debt with equity is not the answer. Thirdly, there are companies that use IPO funds for the sake of working capital and you need to be slightly wary as it can lead to an asset liability mismatch. Lastly, be cautious of companies that are likely to use the proceeds for acquiring large parcels of real estate and offices. These are normally the least productive of assets.

Check out the supporting cast of the IPO
You cannot really judge the value of an IPO without understanding the support cast of the IPO. There is a large support cast for any IPO. Firstly, look at the promoter’s stake in the company post the IPO. You will not be comfortable if the company is reducing the stake substantially. Similar logic applies in case of anchor investors. While partial exit is understandable, anchor investors exiting the company in totality is not a good sign. Also check out the pedigree of the investment bankers and the Book Running Lead Managers (BRLMs) as the ability of the issue to sail through and the public perception will largely depend on the quality of merchant bankers.

Don’t miss out on the contingent risk factors in an IPO
As in most cases, even in an IPO, the devil lies in the details. Go through the risk factors and the contingent liability items closely. There could e a lot of weak spots in these segments. While most of the risk factors tend to be routine, there are some important cues hidden here. Firstly, there could be legal cases pending against the company or the promoters which could have larger implications. Secondly, the company or the promoters may have given guarantees that are the form of contingent liabilities for the company, either directly or indirectly. Lastly, in case of international JV partners and technology suppliers, there are normally penal provisions for under-performance which can be quite a big hit on the company. All these need to be factored in.
Don’t treat the prospectus as another routine document. It is a wealth of information. You can surely make a smarter and a more informed decision about investing in an IPO by going through the fine print of the IPO prospectus. The ball is in your court!