What Causes Oil Prices to Fluctuate 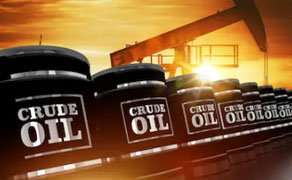 Crude oil prices have been on a volatile roll since November 2014. Between November 2014 and January 2016, the price of Brent Crude fell from $112/bbl to a low of $26/bbl. After touching a low of $26/bbl, crude has bounced back on hopes that further US rate hikes will bring growth back to the economy. The next big boost to oil prices came in when the OPEC and a group of friendly nations decided to impose voluntary supply cuts on crude oil. The agreement was that OPEC members would cut output by 1.2 million bpd while friendly nations like Russia and Mexico will cut another 0.6 million bpd, resulting in a total supply cut of 1.8 million bpd. This led to global oil prices bouncing back from $44/bbl in late November 2016 to a high of $55/bbl as the supply cuts actually started to bring about greater equilibrium between demand and supply for crude oil.

Oil price forecasts at this point of time are placing Brent Crude prices in a wide range of $41/bbl to $65/bbl over the next two years. That is hardly surprising because there is a high degree of uncertainty on how oil producers will react to the recent movement in oil prices. From an Indian perspective, a fall in global oil prices is surely positive because India imports over 75% of its daily oil requirement. Hence lower crude price reduces the landed cost of crude which helps brings down the collateral inflation in India substantially. Going ahead, there are 3 factors that will impact global oil prices.

How the supply quotas will shape up in 2017-18?
While Saudi appears to be sticking to its quota of supply cuts, many other countries are not adhering to the same. This is true for African nations, which have their own set of problems. Saudi Arabia has reiterated its willingness to persist with even higher supply cuts if necessary, but other OPEC countries may not be too forthcoming. Also, it is uncertain if Russia and Mexico will want to continue to support the supply cuts considering that the US is already pumping oil at record levels. It remains to be seen how much longer the OPEC can sustain these supply quota cuts. Oil analysts are already betting that the OPEC may not be too keen to sustain cuts in supply beyond 2017. That means there could at best be one extension of the supply cut in June this year.

US shale supply could hold the key to global oil prices
World oil prices will be largely looking to the US for signals on the future direction of oil prices. The reasons are not far to seek! When oil prices had fallen sharply in 2016, more than 50% of the US shale wells were idling as it was just not economical to drill more oil. A lot has changed in the last 17 months. The OPEC supply quota has resulted in the oil prices moving up from $44/bbl to $55/bbl. This helped the US to bring its daily shale supply higher by 1.2 million bpd. Effectively, what the OPEC had given up, that gap is being filled up by US Shale.

But the real story may actually lie in the way US shale companies have managed their breakeven point. Over the last 4 years, the average breakeven for shale oil has fallen from a high of $75/bbl to $35/bbl. That means, even at the current price of around $50/bbl, the shale companies can still maintain a margin of safety of $15/bbl over and above their break-even point. This sharp fall in the Break Even Point for US shale as a result of economies of scale, greater efficiency and improved technology could be the big cutting edge for the US. Most OPEC nations have BEPs that are way above this level. With Trump planning to bring substantially more area under Shale, expect more traction on supply and greater pressure on prices.

The world is running out of storage space
Some of the world’s leading oil consumers like the US, EU and China are sitting on billions of barrels of oil stocks. Oil stocks across the world are principally maintained in land storages and in floating storages. The world is currently running out of capacity and that is also likely to put further pressure on oil prices. The oil stocks are already at a record high and that will put pressure on oil prices in the months ahead.

So, what is the outlook for oil prices? In a nutshell, the US could be holding the key to future oil prices. The centre of gravity as far as oil is concerned may shift from Brent Crude pricing to West Texas Intermediates (WTI) pricing. We could have a case of WTI leading the Brent prices; rather than the other way around. Either ways, the way the US handles its shale supply and its shale break-even in the coming months will be the key factor in determining crude oil prices. Even in the most exceptional circumstances, a runaway rally in oil prices looks entirely unlikely. The point to watch will be how low can oil prices go and that could be critical to any oil price forecast?