Why is shrinking central bank balance sheet important for India 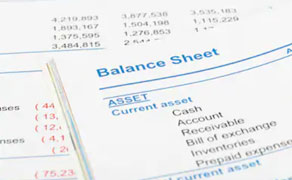 What does balance sheet expansion mean and why did it happen?
Balance sheet expansion by central banks essentially implies buying of bonds by the central bonds from the open market and from institutions. In the aftermath of the 2007 sub-prime crisis and the Lehman Brothers debacle, the US Fed took the initiative to infuse liquidity in the system by purchasing bonds. The idea was to ensure that sufficient liquidity was available in the system to bring back growth into the economy. It was also essential to ensure that interest rates in the US economy did not shoot up and this bond buying was essential to keep interest rates in check and liquidity in abundance. Due to the contagion effect globally in the aftermath of the Lehman crisis, other major central banks like the Bank of Japan and the ECB also followed suit. As the graph above depicts, since 2007, the US Fed balance sheet has expanded by 5 times while the ECB balance sheet by over 3 times.

Now, why do the central banks want to shrink their balance sheets?
Central bankers realize that this policy of keeping liquidity abundant and interest rates low is not productive after a point of time. That partially explains why growth rate in the EU area and Japan has hardly picked up despite years of expanding the central bank balance sheets. This also represents lock-in of government funds which needs to be released at some point of time. That largely explains why the US Fed has already indicated its intent to shrink the balance sheet and unwind the bonds that they have issued since 2007. Currently, the US Fed has stopped fresh buying of bonds but the interest and redemption of proceeds tend to get reinvested. The US Fed may actually begin its process of shrinking the balance sheet by stopping this reinvestment.

If that happens it will lead to an unwinding of the asset rally that we have seen since 2009, at least partially. Let us understand this little better! Post the sub-prime crisis, most global markets lost nearly 40% of their value in the next 18 months. But post-2009, the pick-up in asset values and equity markets has been substantial, largely due to liquidity infusion. Both the Dow and the NASDAQ recently touched all-time highs and so did the Nifty. That rally is likely to partially unwind as liquidity goes out of the system creating tightness in markets.

As the US Fed and other central banks shrink their balance sheets, we could see a rise in treasury yields. A rise in treasury yields will force the Fed to go slow on rate hikes as yields may have already gone up due to the Fed’s balance sheet shrinkage. As yields in the US go up, the yield spread with the Indian benchmark will narrow further. To prevent outflows of FPI debt and equity flows, the RBI may be inclined to hike repo rates. In fact, the MPC has already hinted at that possibility.

There are 2 things that Indian markets will have to be cautious about in this scenario. Firstly, the narrowing yield differential could lead to a surge in FPI outflows and a consequent weakness in the INR. In the past have seen this cycle play out. Secondly, as liquidity unwinds from the global system, a lot of stretched valuations may come under pressure. We may see additional pressure on mid-cap stocks and high beta names and even on other asset classes.

It is clear that the tapering of the central bank balance sheets is likely to happen sooner rather than later. Investors in India need to be cautious considering that it could have a much bigger impact on India compared to any Fed rate decision.