Will private banks benefit from the Union Budget 2018? 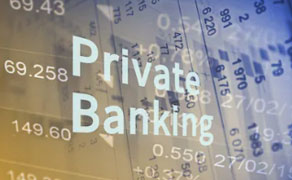 The story of PSU banks was evident even before the Union Budget was announced. The government had already allocated Rs.88,000 crore to bail out the PSU banks of which Rs.80,000 crore came in the form of recapitalization bonds. This move alone was supposed to open up lending capacity worth Rs.500,000 crore for the banks. But does this budget have anything for the private banks and other financials? Actually, quite a few of them..

Why Private Banks may actually stand to benefit from the Union Budget 2018
The Union Budget 2018 has been a macro story, not so much about micros. It is these very macros that are likely to be positive for the private banks and financials. Here are a few key takeaways..

The increase in the TDS exemption limit for senior citizens on interest earned on bank deposits to Rs.50,000 is a major boost to the new bank accounts. Additionally, the budget has also done away with the TDS on interest up to a limit of Rs.50,000. This is going to save substantial clerical work for banks. While PSU banks may be the obvious beneficiary, private banks too will benefit considering their reach.

The government has imposed tax on LTCG on equity and equity funds at 10% if the total capital gains during a year exceed Rs.1 lakh. This could be theoretically negative for financial services and banks selling mutual funds. However, we do not see this as a big impact as the tax will be imposed on the net capital gains after writing off losses. The STT was introduced due to little outcome of the LTCG tax. Hence it is unlikely to dent sentiments in a big way. Since demonetization has dented the allure of gold and property, equity may continue to be a key source of savings and investment.

The one negative factor could be the 30 basis points increase in the fiscal deficit target for this year and the next year. Higher fiscal deficit underlines a higher borrowing program and that is normally seen as negative for bond prices. So banks holding bonds may see losses in a part of their bond portfolios. Also returns on debt funds could get impacted by this factor.

The decision to merge insurers and list them will be a good template for PSU banks in the future. As the banking industry gets narrower and more competitive, private banks stand at a natural advantage due to their fleet footed business model. That is again going to be the benefit arising for private banks.

When we talk of private banks, it is down to the consumer story in India. With their strong retail portfolios, private banks are the best proxies for consumer spending. Here are there are quite a few positives. Firstly, the huge rural outlay will create demand for consumer loan products in rural and semi urban areas. Private Banks with a MFI subsidiary could be the big beneficiaries of this trend. Secondly, the higher standard deduction of Rs40,000 per year will be more beneficial to individuals than the reimbursement and this could have a much bigger impact on consumption capacity. Thirdly, the budget has given a big boost to senior citizens and managed to put more money into their pockets. At a time when many senior citizens are already enjoying higher income levels, they could be a big market for a variety of innovative products for private banks.

There is one more very silent benefit for private banks. Private Banks dominate the payment systems in India. With the government declaring in the budget that crypto currencies will not qualify as legal tender, there is no immediate risk of competition from these alternate payment modes. So far, so good for private banks!