Open an Account
Brexit: A separation unlike any other

Brexit: A separation unlike any other 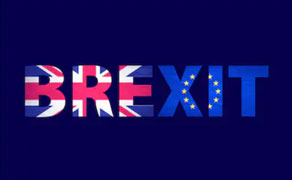 Britain held a historical referendum over whether to stay in or leave the EU on June 23rd. The declaration? To opt out of the European Union owing to various reasons. And if we go by the indications from PM Theresa May, Article 50 of the Lisbon Treaty will not be triggered anytime soon before 2017. Which means, Brexit is unlikely to come in to effect anytime before December 2018. This will set the clock ticking for a withdrawal agreement to be reached within two years, or else the UK would revert to the default trade arrangement with the EU governed by WTO.

What is the European Union?
The European Union, or more popularly known as the EU, was an economical and political partnership between 28 European countries (now 27 post Brexit). EU came into existence after WW2 for the purpose of fostering economic co-operation amongst the original 28. The idea was that countries that trade together are more likely to avoid going to war with each other. Since its inception, the EU grew to become a single market allowing goods and people to move around, basically as if the member states were one country. Euro is the single currency used by 19 of the member countries. The union has its own parliament and has its own set of rules in areas ranging from environment, transport to consumer rights and mobile phone charges amongst others.

What will happen to EU citizens living in the UK post Brexit?
While commenting on the future of EU citizens living in the UK, the government stated that it couldn’t guarantee the status of EU citizens unless other EU members don’t reciprocate on the fate of millions of Britons living on the continent favourably. EU nationals with a right to permanent residence will be able to stay, however, the rights of other EU nationals would be subject to negotiations on Brexit.

Will immigration be hit by Brexit?
PM Theresa May stated that one of the main messages she took from the Leave vote is that Britons want to see a reduction in immigration, which makes this subject a focus of Brexit negotiations. She wants to bring the net migration down to a sustainable level, which she defines as being below 100, 000 a year. It’s currently running at 330, 000 a year, of which 184, 000 are EU citizens, and 188, 000 are from outside the EU.

What about the effects on businesses post Brexit?
Avoiding a financial crisis is also likely to feature high on the list of the EUx’s negotiation priorities. Most businesses, barring a few, were in favour of Britain staying in the EU because it would make it easier for them to move money, people and products around the world. But with Britain exiting the EU now, there’s interest in the no. of jobs that will be lost to other hubs in the EU. Some exporters say they’ve increased orders because of the fall in the value of the Pound. A certain pest control service provider stated that it is likely to make a profit of 15m pound this year thanks to a weaker currency. However, others are less optimistic. Some are terrified about the economic impact of Brexit. A certain cosmetic brand stated that it will continue to produce goods for the UK market, however, the products will be manufactured at its new plant in Germany.

Critics of the separation say that Brexit generates too many petty regulations and robs members of control over their own affairs. Overlooking indirect effects and temporary bumps during the negotiation period that will follow after triggering Article 50 of the Lisbon Treaty, a symmetric 10% decline in exports to and imports from the UK would result in one-off reduction of EUx GDP by 0.05%, with negative effects from goods trade outweighing net positive effects from services trade. Thus, to minimise potential economic losses, the EU might focus its post-Brexit negotiation strategy on free trade for all goods and some services like tourism where it is running a surplus.

The Brexit impact on the rest of the EU in the areas of trade and finance will depend on follow-on agreement between it and the UK. There are a number of models to take cues from: Norway’s, Iceland’s and Liechtenstein’s membership of the European Economic Area (EEA) or Switzerland’s European Free Trade Area (EFTA). A Turkish-style customs union would cover most goods trade sectors, but the financial services sector may take a hit. The extensions of such trade agreements to the UK may face political obstacles, but at least the economic damage can be minimised.