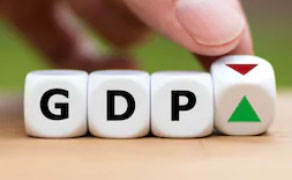 A common metrics of measuring whether markets overall are underpriced or overpriced is to look at the Market cap to GDP ratio. At the very outset let us be slightly cautious here for three reasons. Firstly, market cap is a stock while GDP is a flow so essentially this becomes a ratio of a stock to a flow, almost like the Price to Sales ratio. Secondly, the market only encompasses the value of all the listed companies in the country but the GDP is the value of all incomes which includes unlisted private companies, small businesses, MSMEs, proprietorships, partnerships, government companies, government departments etc. To that extent the numerator and the denominator are not entirely comparable. Thirdly, the success and applicability of the Market cap to GDP ratio is higher when the market cap reflects a much larger share of economic activity in the country. That is why the Market Cap / GDP ratio is much above 100 in advanced countries like the US, UK and Singapore where more of business comes under the formal sector.

How the world market cap to GDP ratio has moved over the years..

The above chart captures the market cap / GDP ratio of the world markets for a 42 year period from 1975 till 2017. As can be seen from the above chart, the two peaks when the Market Cap / GDP ratio crossed the 100% mark represent the two massive peaks of 1999 and 2007. In 1999, the global market crashed when the technology boom came to an end and the 2007 crash began after the sub-prime crisis broke out which eventually led to the bankruptcy of Lehman Brothers and brought the entire financial markets to the brink. In 2017, the markets have once neared the 100 mark and the only two occasions when the Market Cap / GDP ratio crossed 100 resulted in huge wealth destruction. That is something the world markets need to be cautious about.

How has the ratio panned out in India?
Interestingly, the year 2017 saw the market cap / GDP ratio of India crossing the 100% mark after a gap of almost 10 years. That means two things. Firstly, there is room for caution and that is evident from the way markets have corrected from higher levels. Secondly, we also need to understand that the combination of GST and demonetization has been instrumental in bringing more of Indian business into the mainstream and that is gradually reflected in the market cap / GDP ratio. To that extent there may not be room to worry.

That brings us to some very interesting questions at this point of time. Having understood what is market cap to GDP ratio, how do we apply this concept in the Indian context and get a gauge of whether the Indian markets are overpriced or underpriced? How does the current market cap to GDP ratio of India compare with the past and what are the adjustments we need to make. How to see the ratio of stock market valuation to GDP and what are the messages for the Indian markets from this chart?

Key takeaways from the market cap / GDP chart of India..

While the market cap / GDP ratio touching 100 may be a temporary worry for the markets, there are 4 reasons why this ratio could actually be justified. Here is why..

1.  After growing its GDP at above 7-8% the growth has slowed to just above 6%. However, the Indian economy stands on the cusp of a growth revival. That will mean that the GDP will continue to grow even as the market cap consolidates around these levels. That will be an automatic deflator for this ratio.

2.  One of the key drivers of GDP growth is corporate profits and the IIP numbers do indicate that the capital cycle is showing green-shoots of turning around. That means that the sales numbers across sectors should pull up and that will be a major positive for the GDP number. That will again make the market cap / GDP look more benign.

3.  The market cap / GDP moving higher can also be attributed to the sharp rise in IPO collections in the last 1 year. During the fiscal 2017-18 the IPO markets have seen collections to the tune of $12.5 billion and that has added to the market cap without really disturbing the GDP.

4.  Over the last few quarters, the use of technology has vastly improved the data collection and analysis techniques. That means that the underreporting of revenues to save taxes will gradually reduce and that will give a more realistic picture of the GDP.

Market Cap to GDP ratio is definitely a veritable method of gauging whether the stock markets are overpriced or not. However, we need to be a little more careful of the absolute numbers in an economy like India which is still making the big shift towards a more organized mode. Higher Market Cap / GDP may not be real worry for India!