Is Fuel Cost becoming the major headache for Indigo 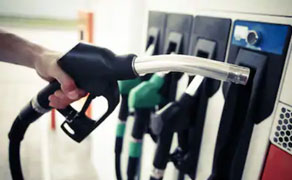 The fourth quarter results of Inter globe Aviation (owner of Indigo Airlines) saw a sharp 25% fall in Q4 to Rs.440 crore for March 2017. Even for the full fiscal year 2016-17, the company made a net profit of Rs.1659 crore, a fall of 16.5% from the previous financial year. Intuitively, the main reason appears to be higher oil prices. If you compare the price of Brent crude between March 2016 and March 2017, it is up by nearly 70%. You can argue that higher prices were due to OPEC supply cuts and the Trump effect, but the fact of the matter is that the net profits have actually fallen on a YOY basis.

Let us look at some of the sub-factors and variables that impacted the Indigo numbers in greater detail and how oil played a pivotal role in this lower profit shift...

Looking at their revenues and expenses for fiscal 2016-17

Since the quarterly numbers in isolation may be too sensitive to the point of reference and quarterly cycles, we have considered a comparison on a fiscal year basis. For the fiscal year 2016-17 Indigo reported Average Seat Kilometres (ASK) of 54.6 billion compared to 42.8 billion in the previous fiscal. This indicates a flying capacity expansion of 27.5% during the year. Compared to the 27.5% growth in ASK, the total revenues expanded by just 16.3% to Rs.19,369 crore. This clearly indicates that there was pricing pressure due to competition in the civil aviation space, which resulted in lower revenue growth compared to the growth in ASK. In fact, if one looks at the Revenue per Average Seat Kilometres (RASK), it is down from Rs.3.78/- in fiscal 2016 to Rs.3.44 in fiscal 2017. So intuitively, the problem for Indigo appears to be oil prices, but in reality, the company has also been hit by lower realizations.

Let us now move to the expenses front. Operating costs for Indigo for the full year 2016-17 are up by 24.5% accounted for by higher prices of Aviation Turbine Fuel (ATF). ATF prices are pegged to the landed cost of crude and the government has also used lower prices to impose higher excise duties on oil fuel products. The Cost per Average Seat Kilometre (CASK) for the full year 2016-17 has come in slightly lower at 3.04 compared to 3.12 (fall of 2.5%) in the previous fiscal. Remember, CASK excludes the impact of interest cost. However, if you were to exclude the impact of fuel from the CASK calculations, then the fall in CASK will be 6.3%. That is the inordinate impact that oil prices have had on the financials of Indigo.

How did the spreads and margins shape up?
One of the key variables that impacts the profitability of airline companies is the spread between the RASK (Revenue per Average Seat Kilometre) and the CASK (Cost per Average Seat Kilometre). The spread has fallen from Rs.0.66 in fiscal year 2016 to Rs.0.40 in fiscal year 2017. This contraction in spreads has been driven by lower revenue growth due to tight competition and also due to higher prices of fuel. That has also had its impact on the margin situation of Indigo Airlines. The EBITDA margin has fallen nearly 600 basis points to 29.3%. While that is still a healthy margin, the narrowing spread between RASK and CASK puts this margin at risk. Even the PAT margin of the airline is down by 340 basis points to a level of 8.9%. To know about Upcoming IPO

What does that mean for the outlook and future profitability?
Unfortunately for Indigo, both the factors are largely beyond the control of the airline. Indigo is, by far, the largest airline in India with a market share of 39.5%. Other airlines are still a distance away. But that also means, that building market share from these levels will be quite difficult and lowering prices will only impact the RASK negatively. That is not a situation that Indigo will be comfortable with. Indian domestic aviation market is already the third largest in the world after the US and China and all the airlines are going after a bigger pie aggressively. Hence the price completion is unlikely to abate. Indigo will have to live with pressures on the revenue growth front as the top-line will find it difficult to keep pace with the ASK.

The second factor is oil prices. The future trajectory of oil prices depends on the supply situation in the market. The OPEC and Russia are likely to jointly continue their supply cuts to the tune of 1.8 million barrels till March 2018. Of course, we will have to wait for the OPEC meeting in Vienna on May 25th for the actual decision. That means, despite a glut of US shale, oil market may not be oversupplied. It would be in the interest of OPEC, Russia and the US to ensure that oil prices do not crash to Jan 2016 level. That will create macroeconomic risks for OPEC and Russia and will again make US shale manufacturing unviable. Hence the price of crude may stay in the range of $50 to $60/bbl with intermittent downward bias. That means, the ATF cost is unlikely to give much respite for Indigo in the next one year. How Indigo handles these twin challenges of competitive pricing and fuel costs will largely determine their trajectory in the next one year. But for now, it is surely pinching the company’s financials.