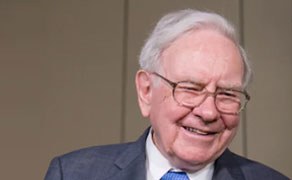 Warren Buffett is better known as the Oracle of Omaha and the annual general meeting of Berkshire Hathaway has almost been like a pilgrimage for value investors. Bred in the traditional value investment school of Ben Graham, Warren Buffett has combined in-depth insights into stocks with a strong sense of market timing. That probably explains why he has been so successful over the last 5 decades. Like each year, the Berkshire Hathaway annual letter was presented to shareholders in the last week of February. For many decades, the Warren Buffet annual letter to shareholders has offered an insight into Buffett's thinking and philosophy. Warren Buffett's latest letter to shareholders is no different and consists of its own share of investment wisdom. Here are some key takeaways from Warren Buffett’s letters for the year 2018

1.  Proof of the pudding lies in the eating i.e. CAGR returns
This is something Warren Buffett has acknowledged in the past that any strategy is as good or as bad as the returns that it delivers. How has Berkshire Hathaway performed on that count? During the calendar year 2017, Berkshire Hathaway added nearly $65 billion in terms of market cap and is among the most valuable stocks in the US today. Since Buffett took over Berkshire Hathaway, the stock price has appreciated from $19 to $211,750. That implies an annualized CAGR return of 19.1% and the Berkshire stock has beaten the S&P500 by over 900 basis points on an average each year over the last 53 years. That, probably, says it all.

2.  Buffett is heavy on banking and Apple, of course
Buffett has never believed in diversification beyond a point and he has normally referred to it as Diversification. A quick look at Berkshire’s portfolio brings out two things. Firstly, there are stocks like Coca Cola and American Express that have remained in his portfolio since time immemorial. Secondly, Buffett is heavily into banks with substantial stakes in Wells Fargo, US Bancorp and American Express. While Buffett managed to exit IBM almost entirely during the year, calling it a bad decision, Apple has emerged has one of his biggest bets, which is interesting considering Buffett's traditional aversion for high technology. In fact, Berkshire has an exposure of nearly $28 billion to Apple and, along with Wells Fargo; it remains his biggest single investment. His strategy of focused few stocks still works

3.  Despite losses, Buffett continues to stay bullish on insurance
Buffett shares his unique perspective of why insurance continues to be the business he prefers. This, despite the fact, that Berkshire lost nearly $3 billion settling hurricane claims during the last year. However, Buffett underscores that this loss needs to be seen in the light of the $28.3 billion insurance profits that Berkshire has made in the 14 years prior to that. If you look at it from that perspective, insurance surely continues to be a profitable business for Berkshire.

4.  Buffett warns of bond risks, and a big one at that
This is a point one cannot miss in the Berkshire annual report. Buffett has underlined that there may be too much complacency in the bond markets that bond yields cannot go higher beyond a point. In fact, brokers like Morgan Stanley have been extremely positive on bond prices bouncing back. Buffett warns that the multi-year bull market in bonds may be over and bond investors may have to prepare themselves for prolonged periods of negative returns due to rising yields. In the global bond markets, Goldman Sachs and Warren Buffett continue to be negative on US bonds.

5.  Berkshire has a problem of too much cash on hand
As Buffett himself admits, he is not sure if that is a good problem to have or not. In fact, Berkshire has seen its cash stash increase sharply from $86 billion to $116 billion in the last 1 year. This entire amount has been invested in US Treasury Bills. Why is Buffett not looking at investment opportunities now? As Buffett himself admitted they just could not find any attractive stock acquisition ideas during the year 2017 at fairly attractive prices. Buffett looks for durable competitive strengths of business, quality management, good returns on tangible assets, opportunities for internal growth and a reasonable valuation. According to Buffett, this rise in the cash stash explains that they could not find enough stock ideas that could meet all the five criteria!

6.  Finally, the present may not be a guide to the future
In typical candid Berkshire fashion, Buffett has also a few key warnings to its own shareholders. For example, Buffett has admitted that the $65 billion value accretion in 2017 was largely driven by the $29 billion benefit which came from including unrealized gains into the income statement under the new tax laws. However, Buffett also warned that including unrealized gains and losses could make the performance of Berkshire more volatile in the coming years. Buffett has also warned that bonds could continue to disappoint in the coming year and indexing may be a better option than active stock picking. These are useful words of wisdom not only for Berkshire shareholders, but also for general investors to tone down their expectations for the coming year.