The Dire Need for Getting the Black Money Back 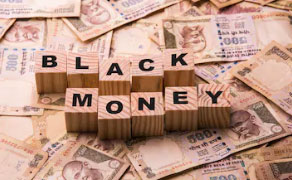 Black money is the money that is not accounted for. In other words, it is the portion of the money you have been hoarding without paying the required taxes to the Govt. Not paying your taxes and cheating the Govt. is actually a criminal offense. The PM of the nation Mr. Narendra Modi has demonetized all 500 and 1000 rupee notes, forming 85% of all the cash transactions in India. But you will be quite surprised to know that not all money is kept as mere cash.

Most of the money operating in the black money market is deposited in Swiss bank accounts. This black money is utilized to buy arms and ammunition, buy guns, promote terrorism, involve in smuggling activities and heighten the sales of liquor and drugs to people across the country. In a nutshell, you can firmly conclude that it is this black money that very conveniently promotes anti-social activities. That is the reason; black money circulation has to necessarily come to a halt. The introductory paragraph reiterates the importance of bringing the black money back in India.

Introducing 2000 rupee notes is a well-cited example of black money puzzle. You will find it hard to exchange with shops or merchant establishments or anywhere else as 500 and 1000 rupee notes are demonetized.

The Swiss Govt. and the Indian Govt. have signed a bilateral agreement to fight towards tax evasion and fraud.

Switzerland has signed an agreement namely AEOI. AEOI stands for Automatic Exchange of Information. By this agreement, the Indian Govt. will have an immediate access to account holders having their money deposited at the Swiss Bank. India will get the entire list of account holders by the end of 2018. The smart anti-social guys by then would conveniently switch over their accounts to a different tax haven. Hence, bringing back the black money to India is now the need of the hour.

It might apparently not be possible to retrieve the entire black money account holders’ history and get the money back. But further accumulation of funds in the black money market can be curtailed if the Indian Govt. follows these steps:

The Govt. has to monitor individuals who are traveling to Switzerland quite frequently.

Keep a stricter tab on NGO’s wanting to set up industries. The funding process has to be thoroughly checked and the means of funding has to comply with the whiter or cleaner money standards.

Verify the inflow of FDI. FDI stands for Foreign Direct Investment. The Indian Govt. will have to cross-verify which country is depositing funds into India and what is the purpose behind it? It is hard-work for intelligence and detective agencies.

Lower taxes. By lowering tax slabs, more and more people would be prompt in paying their taxes on time.

Last but not the least, once possible suspects in black money hoarding are identified, the Govt., needs to take adequate measures in acting upon them. When you leave the black money hoarders scot-free, they would continue to do their job.

It was estimated that more than 1,965 rich Indians have deposited their money with the HSBC bank located in Zurich. Zurich is the capital city of Switzerland. The total amount comes to 25,500 crores. Imagine if that amount was with the Indian Govt. right now, how well our economy would have flourished? We would have become a developed economy by now. The Swiss accounts holders included high-end industrialists from India. Nothing much has been done so far even though the account holders list was published in the year 2015. Something similar to the Patriotic Act of the USA to fight terrorism and tax evasion should come up in India as well. Then, we can see some radical change.

Taxes are not lowered.

Compliance is not fully enforced.

Transparent procedures in tender awarding contracts are still being practiced and

Harsh penalties are not imposed on the defaulters.

We have seen what this black money puzzle is all about. The importance of bringing black money back in India has also been highlighted by specialists. It’s time to change things. Surely, the time has come!