What are the risks that you run when you invest in mid-cap schemes? 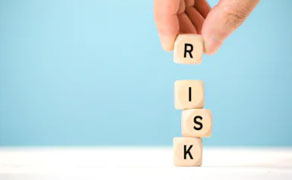 Why have mid-caps outperformed in the last 3 years? There are a few basic reasons for the same. Firstly, the mid-caps were less leveraged compared to the large caps. Hence, these mid caps never had the cash flow constraints and solvency issues that most large caps faced. This helped them to grow much faster. Secondly, mid-caps have been focused business models, by default. Partly, because their business model required that and partly because they could not afford to diversify! Thirdly, when the oil prices started falling towards the end of 2014, the mid caps enjoyed the dividends of cheap oil much more than the large caps. All these factors propelled mid-caps to new highs in the last few years.

Mid cap funds cannot be far behind
Mid cap funds have also been performing in tandem with the mid cap index. For example, mid cap funds have the added advantage of stock selection which fund managers can indulge in to enhance alpha. This helps them to get higher returns than the index too. Assume that an investor had done a monthly SIP of Rs.10,000 on the DSPBR Mid Cap Fund, then what would his annualized CAGR returns have been?

An investment of Rs.3.60 lakhs in the mid cap fund would be worth Rs.4.92 lakhs at the end of 3 years, yielding CAGR returns of 21.57%. That is surely attractive returns. However, investors need to be aware of the risks that they run when they are invested in mid-cap funds. Here are 4 such risks..

1.  Mid cap funds can be volatile around market peaks

While most mid-caps have focused business models, they also run some inherent risks. For example, most mid cap companies are either overly dependent on a single line of business or they depend too much on a small set of clients. More often these mid caps run both these risks. Take the case of how companies like Amtek Auto and Bhushan steel actually got into deep trouble when their expansion gambit did not pay off. Normally, when market valuations are high and the markets become volatile; that is the time these mid caps become more vulnerable to price shocks. Obviously, the mid cap funds are not going to be immune to this risk.

This is a major risk that most mid cap funds run in India. There is an absolute shortage of mid cap ideas in the market where fund managers can bet on for the long haul. In the last few years we have seen funds freezing fresh inflows into their mid-cap funds since there was a shortage of opportunities to deploy these funds. That is a practical problem. When flows into mid cap funds start burgeoning, then fund managers are either forced to dilute the focus by getting into slightly larger cap stocks or they are compelled to go down the quality curve and pick companies that are of lower quality and dubious management credentials. That is surely not a comfortable situation to have.

This is a unique problem that is specific to mid-caps and small caps. The large cap fund can be easily benchmarked to the Sensex or the Nifty because they represent the largest stocks in the market in terms of market capitalization. The benchmarking is much simpler for large cap diversified funds. But the mid-cap index, by itself, is a misnomer. Mid caps are so heterogeneous that it becomes hard to club them under a single category and create and index out of it. Even when the index is created, it actually represents nothing except a bunch of companies trading in a similar market cap range.

This risk may not be too evident in normal markets but when the markets enter into crisis zone as in 2007 and 2008, mid cap stocks could be the most vulnerable. For example, large AMCs have major exposure to a handful of mid cap stocks. We need to remember that the FIIs are more active in large cap stocks than in mid cap stocks. That means, when selling starts on a counter then it could be hard to find buyers. That is a genuine liquidity risk for these funds which was visible during the crisis years. Such a situation could create massive losses for investors in mid cap funds.

Mid-caps are a great idea in a growing economy like India as they typically represent the spirit of enterprise in India. However, as an investor in mid cap funds, you need to be conscious of the risks involved.