What does inflation trajectory portend for RBI rate action? 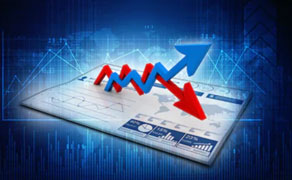 
Why is inflation at tepid levels for over one year?

The entire low inflation story began after a normal monsoon in 2016 after 2 successive years of drought. This resulted in a bumper Kharif output, which went up by 11% and that resulted in a glut of agri commodities in the market. Free imports were also allowed in the case of most cereals and pulses and that also helped to keep the food inflation down.However, it has also created tremendous distress among the farmers. Apart from food inflation, a key component of secondary inflation is the price of crude oil. India relies on imports to meet nearly 85% of its crude oil requirements. That means; domestic inflation is largely a function of the landed cost of crude. Since crude prices have hovered around $50/bbl in the Brent market due to a supply overhang, the impact on inflation has been largely limited.

How have RBI repo rates panned out..

The RBI still uses the repo rate as the indicative rate to give signals on the economy and the future direction of interest rates. The chart below captures the movement of the RBI repo rates since the beginning of January 2015.

As the chart above indicates, the RBI has cut repo rates by 175 basis points from 7.75% to 6.00% since the beginning of January 2015. In addition, the spread of bank rate over the repo rate has been compressed from 100 bps to 25 bps. That means the impact on bank rates has actually been 250 basis points since the beginning of January 2015. So where does that leave the trajectory of the RBI rates from here on?

Mapping the trajectory of RBI rates going ahead..

The RBI rate action will broadly predicate on the following key factors..

While the repo rates have been cut by 175 bps and the bank rate by 250 bps since January 2015, the real rates are still at an elevated level. With 10-year benchmark yields at 6.5% and inflation at around2%, the real rate of interest is nearly 4.5%. That is the kind of real rate you do not get to see in other countries of similar size. That is also a major disincentive for corporates to borrow at these steep real rates, which is one of the major reasons credit off-take is not picking up.

The food inflation, according to the government’s own admission, is artificially low. With government putting curbs on food imports and also raising the MSP for most items of food, the food inflation should start creeping up. The food inflation has been driven by the negative rates of inflation in pulses and vegetables. Both are likely to change in this year pulling inflation up.

Then there is the issue of transmission. For along time the RBI was worried that only 45% of the rate cuts were being actually passed on by the banks to the end customer. However, the demonetization drive changed all that. Banks received fresh deposits of nearly Rs.7 trillion. With as urfeit of deposits and weak credit growth, the banks were being hit by negative spreads. This forced most banks to cut their MCLR bringing the transmission to above 100% in most cases.

The issue of capital flows continues to be the big challenge for the RBI. Currently, the real yield of 4.5% on 10-year G-Secs is proving to be a magnet for global portfolio managers to invest in India debt. That has ensured that despite threats of a shift to risk-off buying,India has continued to see inflows into debt. Reducing the rates further will narrow the gap with the US benchmark and make the INR vulnerable to a situation similar to 2013.

In a nutshell, the RBI has a tough task ahead on the rates front. It may be recollected that just a couple of policies ago, the RBI had shifted its monetary stance from accommodative to neutral. In August2017 when the RBI cut the repo rate by another 25 bps, it abstained from changing its monetary stance back to accommodative. That was itself an indication that August may have been a one-off rate cut. At least, for now, it looks like the RBI may be relatively frugal in cutting rates further from here!