What is brexit all about? 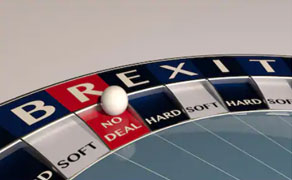 What does Brexit mean?
Brexit is used as shorthand to say the UK leaving the European Union. It’s a portmanteau of Britain and Exit, following the same syntax used to call the possible Greek exit from the EU - Grexit.

So what happened on Brexit Voting Day?
On June 23rd, 2016 a UK referendum was organized for everyone who could vote, to decide whether the UK should stay with European Union or become an independent nation. The voters had to choose to either Remain with EU or Leave. An alarming 52% of more than 30 million voters opted to leave vs. the 48% who saw more benefits in staying.

However, in the entire United Kingdom, the collective of four countries - England, Scotland, Wales, and Northern Ireland, not everyone decided to leave in the Brexit votes. Wales did as England in the Brexit with 52.5% voting to leave. But Scotland backed Remain by 62% and Northern Island voted to stay by 55.8% people voting for Remain.

But, what is the European Union?
The European Union, abbreviated as EU, is an economic and political partnership of 28 European countries. It was set up after the World War II to promote economic co-operation amongst the nations. This was based on the premise that if the countries indulge in trade together, they wouldn’t go to war with each other.
Since then, the markets across countries operate as a “single market”. Its native currency is the Euro, adopted by 19 member countries; Britain uses Pound. They have their own parliament who set rules on environment, consumer rights, and transport amongst the many.

What are the economic implications on Britain?
Prior to the Brexit vote, many economists were predicting an instant impact on the UK economy. They also predicted that the shoppers would become more conservative with their spending due to their lack of confidence in the market post Brexit.  However, the figures aren’t as devastating as predicted post-Brexit. Not to ignore that the value of pound remains at a 30-year low, the long-term effects cannot be accurately predicted yet and the expert opinions are widely divided.

Along with Brexit, Britain lost its top AAA credit rating, which means that the cost of government borrowing will be higher. But share prices have recovered from a dramatic slump in value, with both the FTSE 100 and the broader FTSE 250 index, which includes more British-based businesses, trading higher than before Brexit.The Bank of England has slashed it interest rates from 0.5% to 0.25%, hoping to board off recession and stimulate investment post Brexit. At 0.25%, this interest rate is at its record low, and the first cut since 2009.

The services sector in UK, including everything from financial services to shops and cafes, accounts for 80% of the UK economy. And the confidence of the shoppers, as opposed to the prediction, continues to be rock-solid as the UK's services sector saw a rise in August, according to a survey done after Brexit.

So is Britain a separate entity now?
No, this will take time. Article 50 of the Lisbon treaty sets out how an EU country might voluntarily leave the union. Article 50 says: “Any member state may decide to withdraw from the union in accordance with its own constitutional requirements.” This agreement gives the Britain and EU two years to draft and agree to the terms of the split. And this is a mammoth task considering the multiple trade and immigration factors that need to be considered. The EU has to also decide what benefits will still be granted to Britain and which ones will be revoked.

Update till now
Theresa May became Britain’s second female Prime Minister, following the resignation of David Cameron after the referendum. May wanted Britain to Remain with EU.

Britain has got a new Prime Minister - Theresa May. The former home secretary took over from David Cameron, who resigned on the day after losing the referendum. Two key issues lurks around until agreements start getting drafted 1. How will British firms do business in the European Union and 2. What curbs are brought in on the rights of European Union nationals to live and work in the UK.We’ll have to wait till next year to find out.