What Kinds of Stocks are Influenced by Inflation and Why 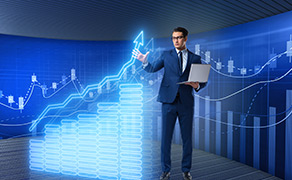 So, if you’re someone who is interested in investing in the stock market, then it is crucial for you to know that the movement of share prices is influenced by inflation to a large degree. Wondering why? Let’s take a look. But before that, let’s first go through the different kinds of stocks that are most susceptible to this economic indicator.

What kind of stocks are influenced by inflation?

Similarly, examples of defensive stocks are companies that are involved in the manufacture of food items, Fast Moving Consumer Goods (FMCG), and other staple goods. Also, entities that are in the production and distribution of water, electricity, fuel, and gas can also be categorized as defensive stocks. This is due to the fact that individuals are going to continue purchasing goods and services from such companies irrespective of the rate of inflation or the current economic scenario.

Why are such stocks being influenced by inflation?

The primary reason why stocks are influenced by inflation has to do with the consequences of inflation. Now, when the rate of inflation in an economy is high, the central bank of that country attempts to manage it by raising interest rates.

The increase in the interest rates, makes it more expensive to borrow money, thereby reducing the supply of money in the economy. And with low money supply, individuals generally tend to purchase less goods and services produced by cyclical stocks. This would ultimately lead to low sales and revenue, impacting the net profit of cyclical companies. As a result, the share prices of such companies would also get hit.

Another reason for such stocks getting influenced by inflation has to do with the general rise in the prices of goods and services. With higher inflation, the cost of raw materials and input services used by cyclical companies are also likely to become high. This can end up impacting the net profit of the company, which would again cause the share price to get hit.

With this, you must now be aware of inflation and its effects on certain kinds of stocks. The next time you invest in a company, make sure to take the macroeconomic factors into consideration as well. That said, if you don’t have a demat account, then get in touch with Motilal Oswal right away. You can open a demat account and a trading account online within just a few minutes.