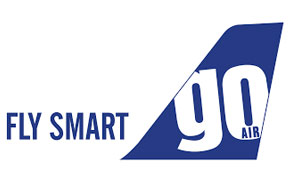 In recent times, the travel industry hit a roadblock due to the pandemic. Only in the past few months, numerous companies have been bouncing back and hitting the capital market to list themselves publicly amidst the slowly normalizing business activities. With the news of the upcoming IPO of GoAir, several investors have shown interest. Given the circumstances, the new IPO has created quite the buzz in the share market.

An overview of the company:

Owned by the Wadia group, the GoAir airline started operating in the year 2005 and has since carried over 80 million passengers. The airline GoAir flies to over 39 destinations that include 10 international destinations. It operates on over 300 daily flights. As of the report of FY20, the company had a debt of Rs. 1,780 crore.

Britannia, Bombay Dyeing, or Bombay Burmah have no pledge in the GoAir airline. Managing director and promoter, Jeh Wadia, resigned earlier last week. CEO Ben Baldanza, the former CEO of Spirit Airlines, has been appointed as GoAir's Vice Chairman. GoAir's budget carrier had been contemplating going public for quite some time now, although have not been able to on a few occasions due to frequent agitation in the higher management.

Consultations and deliberations on the paradigm of the said IPO are being progressed with the ICICI Securities. Morgan Stanley and Citigroup are both said to be involved in aiding with the GoAir IPO plan. This speculation was, however, denied by the spokesperson of GoAir in reciprocation of a query email that was sent to the CEO of GoAir, Kaushik Khona. The company intends to reduce its debt and raise funds with its listing in the market.

GoAir has not yet announced the listing date to the public. Generally, the IPO will last for about 3 to 4 days after which the shares will be allotted to you based on the demand. In case you are not allotted with your shares, the payment you had made will be refunded to your bank account.

The cash price range for the airline GoAir IPO has not been announced publicly yet. The initial share's sale is to take place sometime early in the coming fiscal.

The airline has plans to expand and an IPO (Initial Public Offer) would immensely aid in raising funds and further the objective. With an expectation of Rs. 2,500 Crore as the initial share sale from public investors, GoAir plans to gear up to raise funds and most likely to commence this procedure by filing the Draft Red Herring Prospectus (DRHP).