New India Assurance IPO: All you need to know 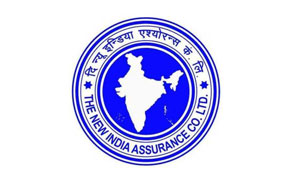 The current financial year will be special because the government will be taking its first step towards divesting its stake in the general insurance companies. Even among the 5 general insurance companies in India that are owned by the government, this year we will first see the IPOs of New India Assurance and GIC Re. While the actual IPO may still be some time away, here is what you need to know about the proposed New India Assurance IPO..

What you need to know about the proposed New India Assurance IPO..

The new issue will be a mix of a fresh IPO and an offer-for-sale. While the government will be making a 12-15% stake sale through the NFO, the company will also be looking to raise fresh funds to finance its expansion and growth plans. Know the difference between an NFO and an IPO

The New India Assurance IPO will be of specific interest to the PSU banks. Most PSU banks like SBI, BOB, PNB and Canara Bank have an exposure to the insurance business. However, currently in the absence of any credible benchmark there is not methodology to value the SOTP valuation for these groups. The listing of New India Assurance will give that much-needed gateway to Indian PSU banks.

For New India Assurance, health, motor and crop insurance remain the key focus areas. Both health and motor insurance are growing at a rate of over 20% per annum. But the real push is coming from crop insurance where the company has seen Rs.1200 crore of premium income. With the Modi government putting a major thrust on crop insurance to reduce the risk of agriculture this space is likely to see a lot of sustained interest.

As per the SEBI listing requirements, the government will have to reduce its stake in all the general insurance companies from 100% to 75% over a certain period of time. This divestment of New India Assurance and GIC Re are a step in this direction. The other 3 general insurance companies are still financially too weak and hence are not being considered for disinvestment till there is greater clarity and better traction on their top-lines and their bottom-lines.

Valuations may not be relevant at this point of time but, like in banking, investors may have to look at the market cap of the company with reference to its asset size or to the value of its investments. At an indicative market cap of Rs.80,000 crore, the company will be quoting lower than the total worth of its assets. That surely makes the IPO a theoretically viable proposition. Insurance is a long gestation business and hence P/E ratio may not be too relevant in this case. But the most important takeaway is that there will finally be adequate supply of quality paper in the market to ensure that we do not chase the mirage of asset inflation. From a stock market point of view, that will be worth its weight in gold!