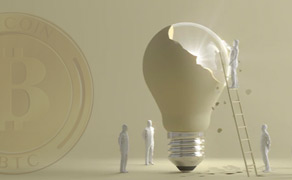 Jumping on to the crypto bandwagon, countries have been contemplating introducing their own official digital currencies. For instance, the UK is considering the launch of their own cryptocurrency named ‘Britcoin’ by 2025. Similarly, the Reserve Bank of India is preparing to launch India’s official digital currency in the next 2-3 years.  Besides the UK and India, countries like Sweden, China, Canada are joining the digital currency list. That raises the question, why should central banks issue their own digital form of money? What are the advantages and downsides of doing so?

Digital currency is able to transcend geographic and political borders in a way traditional currency cannot. Businesses, financial institutions and average citizens can access this form of money from practically anywhere in the world, making digital currency infrastructure an inclusive one. However, in order to avoid the possible negative impacts on those still using  cash infrastructure degrading, governments will need to ensure that  solutions that allow for greater connectivity are prioritized .

b) Security and consumer protection

If private firm-managed payments and transactions overtake the dominance of cash transactions, a likely disadvantage is the fragility of the private payment infrastructure. If there is a bump in the road such as a firm’s withdrawal, a cyber attack or even bankruptcy, the entire system can go down overnight dealing large-scale damage to society. Although government-regulated digital currency may not be able to offer a solution to all such problems, what it can offer is a back-up option for payments. Additionally, as an efficient and low-cost alternative to high private digital currency prices, it can help in boosting competition similar to paper money.

The third and possibly most important advantage of centralized digital currency is the privacy or security of transactions it entails. The risk of a privately-managed payment chain is that they have stores of information on you that can affect your life in many ways; from customer profiling to loan eligibility. A central bank-operated digital currency can promise greater privacy and anonymity, similar to cash. However, it will do so without making the system fully anonymous, to avoid dangers like criminals participating in the payment system.

While they can mark a positive turn in the working of domestic economies, there are a few potential downsides when it comes to central bank digital currencies:

a) It may pose a risk to financial integrity

The central bank may have to weigh between financial integrity, citizens’ privacy and national security. As a result, even if personal information is not at the mercy of private firms, the state itself may still have access to user information.

b) It may pose a risk to financial stability

If central digital currencies are able to promise the benefits that traditional bank deposits do, banks and bank accounts may become redundant. Moreover, they offer easier accessibility than private banks. Internationally, currency exchange rates may also undergo certain changes that could hinder economic growth if only a few nations adopt digital currencies and others are still using traditional means.

c) It may pose a risk to innovation

If the entire national currency system becomes a financial solution that caters to every need, it may erase the need for coming up with competitive options thereby stifling innovation. A solution to this issue is centralized digital currency partnering with the private sector, rather than taking over the entire system allowing for more room to innovate. This way, digital currency investments will lead to economic stagnation, and citizens can explore a hybrid form of bank deposits.

With the evolution of fintech, changing needs for money, and important public policy goals, the case for exploring the capabilities of central bank digital currencies is one that should be taken seriously. With government-launched digital currencies coming into the fray, more and more investors are also turning to crypto as a viable investment and trading option. If you are hesitant about diving headfirst into it, you can test the waters by dabbling in forex trading online and doing some stable digital currencies like the USD coin.

Related Articles: Similarities and Differences Between Crypto and Forex Online Trading | 6 Things to consider before trading in Forex | What Are Cross Currency Pairs And What Do They Mean | 10 Main Benefits of Forex/Currency Trading | How Currency Fluctuations Impact your Financial Plan