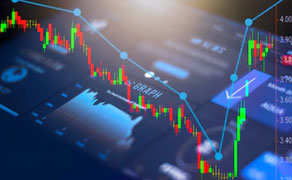 Today, opening a Demat and trading account is as simple as visiting a web page, entering your personal details pertinent to opening the account, and clicking “submit”. Within seconds, you are now the owner of a new Demat and trading account that you can use to buy, sell and hold stocks. Taking it one step further is the fact that you can not only do some from the comfort of your home, but you no longer have to even be wired into a computer. You can carry out all your trades and have all your trading account needs catered to by phone in your pocket. Needless to say, trading today is easier than it has ever been before. However, what was trading like in times of yesteryears? Let’s take a look at times before the history of Demat account in India, and how it revolutionised the trading and investment space forever.

Prior to 1991, all investments, trades, and security purchases were carried out in physical stock markets, with share certificates being pieces of paper, which upon misplacing, were almost impossible to get back. As a result of this, the market was riddled with failed trades, time related trading issues and fraud that ran rampant. All of this, however, came to an end when the Indian Government of 1991 decided to undertake the process of Dematerialising all share certificates. Meaning, instead of being physical documents, share certificates would now be held in digital form, instantly eliminating most of the aforementioned problems, including fraud and ownership battles between shareholders. Whoever held the share certificate in their Demat account was the rightful and uncontested owner of the shares.

Commenced in 1991, this process of Dematerialising share certificates and digitising the trading account was spearheaded by two entities set up to work in collaboration with the then Indian government.

The first was the National Securities Depository, known most commonly today as the NSDL. The depository was primarily set up to facilitate the economic development of the country and played an essential role in the history of Demat account.  The NSDL was in charge of first, building then maintaining infrastructure that would be in line with the international standards in order to handle securities that were now being turned into Demat form. The NSDL built efficient systems that allowed traders to reduce time delay, costs, and risk. These in turn, helped greatly in ensuring the safety of the Indian capital markets and its Demat and trading accounts.

In 1999, the second depository, the Central Depository Services Ltd (CDSL) was formed keeping in mind the Bombay Stock Exchange (BSE) in mind as its primary promoter. Unlike the NDSL, CDSL was a joint venture alongside various nationalised banks such as Bank of Baroda, SBI and Union Bank of India, with HDFC and Standard Chartered partaking as well. Much like the NSDL however, the aim of CDSL was to ensure investors can depend on their Demat and trading account in a worry-free manner, whilst also keeping the entire process cost-effective.

Conclusion
Today, Demat and trading accounts take up a very limited amount of space and effort, with the ability to open a Demat account and begin trading being provided to us with a click of a button. However, as the history of Demat account shows, this was not always the case. Demat accounts have come a long way in India since their inception.

Related Articles:  How to Buy and Sell Shares Online in India | How To Transfer Shares From One Demat Account To Other? | All You Need To Know About Dematerialization Of Shares | Benefits And Advantages of Dematerialisation of Shares | Understand what are the Tax Implications on buyback of shares?