How the real estate business will change post RERA 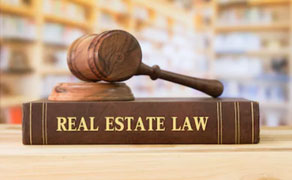 For too long the real estate sector in India was fragmented, unorganized and lacked a formal institutional structure. Despite becoming a multi-billion dollar industry, real estate was still subject to a weak regulatory framework. Sample a few problems. There was little onus on builders who delayed or defaulted on projects. There was no uniformity in the way prices of real estate projects were measured leaving them open to discretion. There was no registry or regulation of key participants like builders, developers, contractors and real estate agents. Above all, the investors in real estate stood to lose due to these weak regulations.

Many of the legacy problems with this sector are sought to be addressed by the passage of the Real Estate Regulation Act (RERA) which has already been cleared by Parliament. However, real estate being a state subject, states will have to use the framework to pass their own state level acts. Maharashtra has already taken the lead in this and other states are expected to follow suit by the first week of May. Here is why the real estate business in India is likely to change substantially post the implementation of the RERA across states..

The RERA puts a heavy onus on the project developer as far as housing projects are concerned. Today it is quite common for builders to make last-minute changes to the building plan and layout without even informing the customers. Under the RERA, builders will not be able to make any changes to the building layout and plan unless such changes are specifically approved in writing by the customers. This will ensure that buyers of house property are not in for a surprise when they see the final layout and plan of the structure.

The RERA has also prescribed strict monetary penalties for builders and developers who do not complete the projects on time. Currently, time and cost over-runs on projects are quite normal and there is little that home-buyers can do except put up with it. Also, most builders do not compensate the buyers for such delays. Under the RERA, the builder will be required to pay interest to the buyers on such delays. Any default on the builder’s part in compensating buyers for delays will result in penalties and also invite a jail term. This will dissuade builders and developers from taking their customers for a ride.

The RERA has also taken an important step towards greater transparency in the dealings of builders. RERA makes it compulsory for all realty projects to quote the price only in terms of carpet area. This is the actual living space that you get to live in. Today, builders quote in terms of built-up area or super built-up area. These are subject to loading and since the actual percentage of loading may also vary from 30% to 60%, the actual carpet area is not known. That will not be possible any longer. In addition, to protect the interests of home buyers, the RERA also stipulates that builders necessarily have to deposit 70% of the money collected from the buyer into a separate escrow account. This will prevent misuse of funds.

The RERA also requires each state to create a separate State Real Estate Regulatory Authority (SRERA). The job of the SRERA will be to monitor that the builders and abiding by the norms laid out in the RERA Act. SRERA will also have sweeping powers to monitor, ask for information and pass penal orders against errant parties. Buyers who are aggrieved can also directly approach the SRERA for redressing their grievances and the SRERA will facilitate the same. Such sweeping powers will help the SRERA smoothen the entire process. It has been seen in areas like capital markets that the existence of a powerful regulator has helped the business develop consistently over a period of time.

RERA also makes registration of completed and under-construction properties. In fact, selling unregistered properties and buying unregistered properties can invite penal provisions. Even buyers are required to check that the property is registered before buying and will be equally liable. The RERA also requires all concerned parties like builders, developers and real estate agents to be registered under the Act. Acting as an agent or developer without registering will invite penal provisions including jail. Registration of property is mandatory for all projects that have a land area of 500 square metres and house at least 8 apartments. Builders who escape registration rules through multiple phase development will also come under the ambit as each phase will be treated as a separate project and will call for separate registration.

The RERA is a very progressive step forward. Apart from putting greater onus on the builder, it also attempts to create an institutional structure.  In the final analysis, even builders will benefit as such an institutional mechanism will make it easier for project developers to raise funds from banks, PEs and REITs. Read more on how and Why to avoid the P/E Ratio Trap. In the process, the home buyers will definitely be better off!