Investors Cheer As Nifty Hits an All Time High 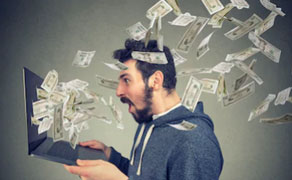 Investors cheer as Nifty hits an all-time high today. Being a Tuesday it is gathering great momentum as the Mumbai Based Nifty 50 Index hit more than 9000 points. Nifty 50 Index has touched the mercury scales today as it reached 9,122.75. The sudden upsurge of the Nifty which is regarded as the sub-continent’s Wall Street is mainly attributed to the unprecedented victory of Bharatiya Janata Party at the Uttar Pradesh by-poll elections. The helm of victorious celebrations across the nation helped both Sensex and Nifty gain 2% each.

The Nifty all-time high elevated the Sensex Index grid to 2.13% or 615.70 points to 29,561.93 points. The current Nifty analysis was previously witnessed on the 4th of March 2015. The Sensex is just 500 points away from its all-time high, to be precise.Not many investors are able to catch hold of the momentum as it is super exciting at the Nifty office, out there. It is quite imperative that Nifty 50 Index reached an increase of 2.11% or 188.20 points reaching the penultimate Nifty all-time high score at 9,122.75 points.

The excitement and the adrenaline rush among investors rose high at 9:27 am today while Sensex was trading at 29,456.82 points. This was an astonishing 1.76% high or 510.59. Nifty 50 Index had already risen by 1.8% reaching 9,095.05 points by then. Brokers all over the country are keeping track of Nifty analysis. Coming over to helping you understand the actual back-ground behind this. As you all know, Uttar Pradesh is the largest constituency for India’s Election Commission Bureau. It was BJP that cleanly swept 312 seats out of 403 seats in the Assembly elections on Saturday. As it had won the maximum number of seats in India’s largest state, we all are expecting Modi’s Government to come back to power, once again. The entire nation is now on the threshold of getting into a better political stability. The citizens residing in the country are pretty much anticipating a smoother implementation of the proposed goods and services tax regime. We are also expecting the labor laws and land acquisition laws to be fulfilled the way the Modi Govt. wanted. Finally the entire country is embracing the people’s leader with open arms.

Experts feel that the Center will be planning even bolder initiatives than the politically risky demonetization which had come into effect as on 8th November 2016. The previous demonetization move took place in 1978 under the leadership of the then Prime Minister, Mr. Morarji Desai. BJP leaders have proposed quite a lot of initiatives towards improving the ease of doing business. Aggressive campaigns will be carried out against those who try inheriting properties via illegal methods. Property extortion is generally called benami deals. More stringent laws are going to be implemented by the Center towards tackling benami deals for the next two years in a row. Hence, quite a lot of investment firms also feel that the recent state elections will definitely accelerate economic reforms, strengthen economic progress of the largest state named UP while key pending issues are also looked into. The Non-performing loans or assets would be written off at the earliest as banks need not chase dead investments, any more. The key focus will be on the market’s performance both on the domestic as well as the global front, say the financial experts. The Govt. will also be providing reports on Consumer Price Inflation (CPI) and Wholesale Price Inflation (WPI) for the month of February.

All the stocks of Sensex were trading in green today. Among the gainers were ICICI bank and Housing Development Finance Corp (HDFC) which rose to 4.6% and 3.2% respectively. BSE Index was also on the rising spree. However, investors are still cautious about buying and selling of shares. The Federal Open Market Committee is yet to decide its norms at the conclusion of its two day meeting on Wednesday. US Central bank is also planning to tighten its monetary policy.

Investors can consult their investment advisors before making any moves on short-term or long term investments. The stock markets are highly volatile at this point of time. You can keep your eyes glued to the latest Nifty analysis and updates to know what else lies for you in the offing.