6 reasons why a company could consider a share buyback 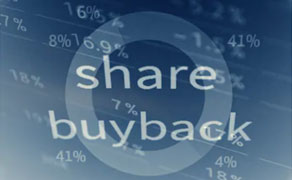 In the last 2 years we have seen a number of companies, especially companies from the technology sector, announcing buyback of shares.

There are many reasons for companies to execute a share buyback. These are as varied as the companies themselves, and may include reasons for more capital in financial operations, for other reasons. Before we get into the nuances of buybacks in India let us understand how the global scenario on buybacks operate. This will shed some light on the whole subject of company share buybacks.

What is buyback of shares?

Globally, there are two ways that a company can buy back its own shares. Firstly, it is possible to buy back the shares and hold these shares as treasury stock in the balance sheet of the company. This is used by the company for treasury operations. Secondly, you can buy back the shares and extinguish the shares, thus reducing the outstanding shares to that extent. In India, the first method is not allowed and shares can only be bought back for extinguishing purposes.

Reasons for a Buyback of Shares

1.  Lots of cash but few projects to invest in

This is one of the primary considerations for companies to buy back shares. Typically, Indian IT companies like Infosys, TCS, Wipro and HCL Tech were sitting on billions of dollars in cash. Therefore, these companies,and many large blue chip companies, find that they are holding huge amounts of excess cash. Now, cash in the bank has a cost and it is better returned to shareholders. A company like Reliance Industries may have billions of dollars in cash but it also has massive investments in the field of telecom. Consequently, companies like Reliance, even though with large sums of cash in excess, do not engage in a share buyback as they have ongoing investments to use the excess cash with.

However, most of the IT companies are operating on matured business models and there is not much to invest in terms of new projects. Their systems are already established and they do not have to invest their excess cash in future projects. With their current positions, they have enough in the way of returns and profits to sustain themselves. Too much cash in the books and too few investment opportunities is a key reason for buyback of shares.

2.  Buybacks are a more tax-effective means of rewarding shareholders

This advantage became pronounced in India after the Union Budget 2016 when the government announced the 10% tax in the hands of shareholders if the annual dividend exceeded Rs.1 million. Now, dividends paid by companies are being virtually taxed at 3 levels. Firstly, dividends are a post tax appropriation, and then there is dividend distribution tax (DDT) of 15% when the company pays out the dividend and finally there is the 10% tax on shareholders. The 10% tax actually hit promoters and large shareholders the most. In comparison, buybacks are attractive in tax terms even after considering the 10% tax on LTCG that was imposed in the 2018 budget.

When a company buys back shares, it results in a reduction of the number of shares outstanding and the capital base. To that extent, it improves the EPS and the ROE of the company. When the EPS goes up, assuming the P/E remains constant the price of the stock should also go up. However, in practice it does not normally happen. When a company buys back shares it is seen as a business with very limited future investment and growth opportunities. Hence, such companies tend to quote at lower P/E ratios since P/Es are normally driven by growth. So, while the EPS goes up the lower P/E tends to neutralize the impact on valuation.

4.  Company can signal that the stock is undervalued

This is perhaps the main signals that companies like to send out by buying back shares of the company. The fact that the company has confidence to use its reserves to buy back its own shares give a hint that the company management perceives it as undervalued. This is more relevant in the case of stocks that have corrected sharply despite no apparent fundamental flaws. Under these circumstances, it could be a good idea for the company to buy back the shares and signal the bottoming of prices. While the stock may not appreciate sharply, it helps the stock find a bottom in most cases.

5.  Returns cash to the shareholders of the company

Besides this being a good idea for shareholders, when companies hold too much cash and plan to use that to venture into other areas of interest and investment, unrelated to current business functions, companies may misfire in their expectations of success. This proves fatal for the company’s new business and the current business. If any related business does not perform well, sentiment spreads to the original business that was previously making profits. A share buyback is a better option.

6.  It can help the promoters to consolidate their stake in the company

There are times when the promoters may be worried about their holding in a company going below a certain level. Promoters or founders of a company hold a significant amount of a company’s stock, the majority, till a company goes public. Once a company does go public, a large amount of shares are extended to the public for purchase. With more purchases of a company’s stock over time, promoters may start to feel insecure in terms of the amount of shares they hold, compared to the public holdings at large. A buyback is an offer and it is up to the shareholders whether to accept or not. If promoters accept the buyback then it maintains their stake and gives cash. Alternatively, if shareholders forfeit the buyback, they are able to increase their stake in the company. This is critical when the company is wary of other companies trying to take them over.

The share buyback meaning for any company is in terms of its value in letting the main stakeholders of any given company gain a major portion of shareholding capacity. A company may declare an offer of a buyback of shares, either via a tender offer, or through the channel of the open market. A buyback can also take place via the route of odd-lot shareholders. The offer price of a buyback of shares is normally higher than the market price, as the company wishes to offer this as an incentive to existing shareholders.

In the case of an offer of a tender, the existing holders of shares of a company can choose to accept the buyback offer, tendering shares in exchange for hard cash offered by  the company (based on the buyback ratio prescribed). Where a buyback of shares is related to an open-market offer, any holder of equity shares can partake in the offer through their broker till the window of buyback remains open.

Buyback offers are generally viewed as offers that benefit company shareholders. It helps to improve value of shareholdings, increases a return on capital, and works to fetch a premium price. Yet, if you are a shareholder and you have been offered a buyback for your shares in a given company, you shouldn’t jump to the offer without due consideration. You have to think of your risk appetite and your financial requirements, and decide to stay invested or take the offer of a buyback.

In India buyback is only done through the extinguishing of shares. While the impact on valuations is still debatable, there is no gainsaying that buybacks offer a tax efficient method of returning cash to shareholders!