How to interpret the May PMI numbers on Manufacturing and Services 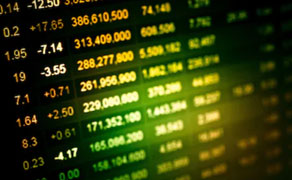 The Purchase Manager Index (PMI) is announced every month for the previous month by the IHS Markit. This PMI is basically a measure of optimism among the purchasing managers of corporates. To give a more reliable picture, the PMI is announced separately for manufacturing and for services with the services PMI being announced a couple of days after the manufacturing PMI are announced. There are two basic things that one needs to remember about PMI interpretation. Firstly, the level of 50 is considered to be the cut-off for the PMI. A PMI of above 50 indicates that the business is expanding in absolute terms while a PMI of below 50 indicates that the PMI is contracting in absolute terms. Secondly, from a PMI perspective the sequential PMI on a month-on-month basis is also equally important as it captures whether the momentum is favourable or unfavourable. Thus even if the PMI is above 50 but the number is showing a fall on a sequential basis, then it is a signal of the segment losing momentum.

The chart above captures the PMI Manufacturing and the PMI Services over the last one year on a monthly basis. One thing is very clear from the above chart that the real negative impact on PMI was actually visible in the immediate aftermath of the demonetization exercise. The impact was much more visible on the PMI services since these include a lot of last-mile services which typically tend to be cash-centric. With the liquidity getting crunched in the economy in the aftermath of the demonetization exercise, the services sector was the worst impacted. However, the reverse positive impact is also visible as the PMI-Services has also picked up sharply in the aftermath of the remonetization driven that commenced in January 2017. Compared to the PMI-Services, the impact of demonetization on PMI-Manufacturing was more short-lived and limited in impact.

Interpreting the PMI-Manufacturing numbers..
The PMI-manufacturing at 51.6 for the month of May 2017 showed a distinct loss of momentum compared to the previous two months. As per the Markit PMI methodology, the PMI manufacturing is an amalgam of the following factors viz. purchase of inputs, new orders, growth in output, inventory additions and employment generation.

Among these factors, the purchase of inputs showed a sharp improvement in the month of May. This can be attributed to higher optimism among the purchase manages and also to input prices growing at the slowest rate. New orders have shown a rising trend which could possibly explain the sharp increase in the input purchases. However, the actual production touched a 3-month low, which could be largely emanating from weak demand for manufactured products. The answer probably is in the inventory additions during the month. While the inventory of raw materials has gone up sharply in the last one month, the inventory of finished products has shown a negative trend. However, this can also be attributed to many manufacturers disposing of their existing inventories at a discount ahead of the uncertainties surrounding the launch of GST from July 01st.

The key take-away from the PMI-Manufacturing numbers is that while the production continues to be weak, the optimism among purchase managers could be reflective of better growth in output in the coming months. Also jobs at factories are tepid, which could be due to a mix of cautious corporates and also greater focus on automation of routine tasks.

Interpreting the PMI-Services numbers..
Unlike the PMI-manufacturing, which showed a slowing momentum on a MOM basis, the PMI services has seen momentum picking on a MOM basis. The PMI-Services figure has actually gone up from 50.2 in April to 52.2 in May. This is largely because remonetization is having its immediate impact on the services sector and the impact on manufacturing could be more with a lag. Scratch the surface, and there some fundamentally positive indicators too. Firstly, one of the best indicators of optimism in the services sector is creation of new jobs and that has shown a positive trend in the month of May. While the quantum of orders-in-process has been rising, the actual execution of orders by service companies has been on the wane. This mismatch could be more a function of service companies having been sceptical of expanding in the aftermath of the liquidity crunch created by the demonetization. However, with the equation shifting in favour of remonetization, that should cease to be a worry for services companies.

In a nutshell, there is greater optimism in the services sector and that is good because the services sector normally acts as the lead indicator for the manufacturing sector. The service sector is creating more jobs and taking on more orders which are a sign of good times to come. How this momentum is maintained in the post-GST scenario will be critical!